Search and rescue operations were underway for 2 missing Sugar Bowl skiers when a train crewman spotted a soot covered man lying inside Norden train tunnel #41.  The train stopped to assist the man and help him inside the train.  During the stop, the tunnel began to fill with black diesel smoke from the engines.  The soot-covered white male was able to climb onto the train under his own power.
The train personnel had been on the look-out for the missing skiers because search and rescue had advised them of the situation.  Therefore, the train was moving at a reduced speed and personnel were keeping an eye out for anyone needing help.
Once the train got through the tunnel, they called Truckee emergency services to stand by at the Truckee train station to treat the man.  The man (name withheld) was transported to Tahoe Forest Hospital in stable condition.  Apparently the man was communicating with emergency personnel only in nods. 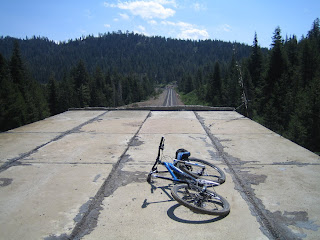 It isn’t known how the man got in the train tunnel above Donner Lake.  The missing skiers were found in good health early Monday morning at Sugar Bowl.
Posted by Unknown at 8:32 PM