Disc Golf in the Tahoe-Truckee area

The sport of disc golf has seen annual double digit growth rates over the past decade.  Disc golf is played with rules similar to golf.  Players throw a disc from the tee pad to a final destination which is a basket on a pole.  The object of the game is to complete the course with the fewest number of throws.
The flying discs used for golf are specialized for certain flying characteristics. Discs are made for a variety of distances, as well as close-in work called “putters”.  Most of these discs are smaller and denser than the “Frisbee” used for recreation.  The Wham-O Corporation still makes the old Frisbee that’s been around since 1957, as well as various new disc golf designs. 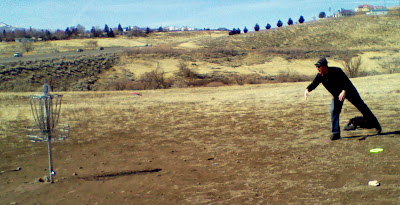