Body of Skydiver found in waters of Lake Tahoe

Three skydivers performed a parachute jump from a helicopter, near the shores of Lake Tahoe today.  One jumper landed safely on the beach and two landed in the water.  One of the jumpers successfully made it back to shore, but the other did not.
A rescue/recovery effort was launched.  The sheriff’s marine unit located the body in about 15 feet of water between Camp Richardson and Pope Beach around noon.  The victim was identified as Robert Ranieri, 28, of South Lake Tahoe.
Ranieri and his fellow jumpers were attempting to land on the beach near Pope Beach.  All 3 chutes deployed normally.  It is unknown why Ranieri was unable to get to shore after his water landing. 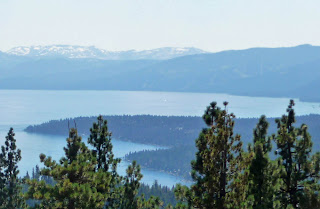