Bicycle racing team BMC is set to race in this year’s Amgen Tour, beginning May 13.  The BMC Racing Team is a United States-registered race team, sponsored by Switzerland-based bicycle manufacturer BMC.  The BMC Racing Team was founded in 2006 and is headquartered in Santa Rosa, California.
It just so happens that the opening stage of The Amgen Tour begins in Santa Rosa.  This first stage heads out of Santa Rosa to the Town of Windsor and eventually out along the coast, before returning to Santa Rosa for the finish.  Will this be a home-town advantage for BMC?  Sure it will, but the top BMC rider placed only ninth in the overall standings last year.
The BMC Racing Team has a squad competing at the Giro d’Italia right now.  BMC rider Taylor Phinney won the first stage of the Giro and suffered a crash the following day.  After 4 days of racing, BMC’s rider Taylor Phinney is in fifth place, just 13 seconds behind the leader, Ramunas Navardauskas of Team Garmin-Barracuda.  BMC Racing is in tenth place in the team overall standings. 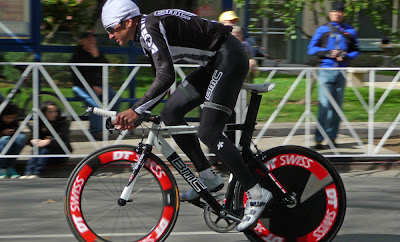 BMC will be using a different squad of riders for the Amgen Tour.  I’m betting these riders are out training on the course right now.
Posted by Unknown at 10:31 AM