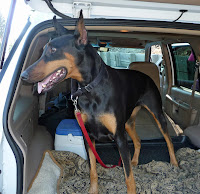 Senate Bill 1221 was signed into law prohibiting the use of dogs to pursue bear and bobcat for hunting.  The bill grants the Department of Fish and Game (DFG) the authority to capture any dog not under the control of a handler or owner if the dog is pursuing a bear or bobcat, and it grants authority to capture or kill any dog that is inflicting injury or threatening to inflict injury upon a bear or bobcat.


Animal rights activists claim the new legislation as a victory for humane hunting. Some call hound hunting, cruel or unsportsmanlike.  The Humane Society backed the bill, calling the use of hounds a “bloodsport”.
Tahoe’s Bear League also supported passage of the ban. The Bear League is a local volunteer group, started in 1998 after the Department of Fish and Game killed a mother bear and her cub in Homewood.
State Assemblyman Jim Nielsen was against the ban.  Nielsen calls the ban an “unnecessary and costly piece of legislation”. He claims that the ban will infringe on his constituents “tradition and culture”.  DFG records show nearly $1 million in 2010 bear tag application fees, with half of those applicants coming from hunters who used dogs.
Many bear hunting guides use hounds to hunt.  Hound-hunting is apparently an effective way of providing their customers with a bear.
California is the 15th state to prohibit hound-hunting of bears.  The law will go into effect on January 1, 2013.
Posted by Unknown at 5:01 PM