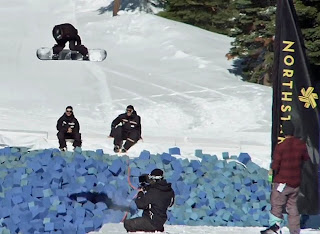 Olympic gold medal snowboarder Shaun White was arrested September 16, 2012, in Nashville.  He is accused of public intoxication, pulling a fire alarm and destroying a phone at the Lowes Vanderbilt Hotel.
White’s case has been delayed until November 20, 2012.  In the meantime, White has apologized for his “poor behavior”.
Despite the arrest, Northstar has continued to associate the resort with Shaun White. Northstar is still “home to Shaun White” and the superpipe was “designed by Shaun White”.


White attended some private sessions in Northstar’s superpipe last season and I hope he comes back for more. Time will tell what Northstar will do if White is convicted of his misdemeanor offenses.
Northstar recently made a facebook post which features a video of Shaun White in the Northstar superpipe.
White (sponsored by Oakley) makes a few practice jumps into a foam pit before nailing it in the pipe. Oakley filmed a number of athletes for the Oakley, “Beyond Reason”, marketing campaign.