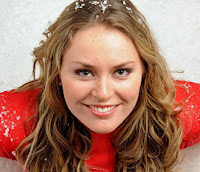 
Max Gartner, president of Alpine Canada, was disappointed with the ruling. “I saw it as a great opportunity to raise the profile of the sport by attracting interest from people who do not normally follow ski racing, particularly in North America,” he said in a statement.
Critics said Vonn’s female competitors would have been at a disadvantage if she was allowed to compete with the men. The men’s and women’s events will be on the same course. There is also a rule that says competitors are not allowed on a course the week prior to competition.
Posted by Unknown at 8:16 AM