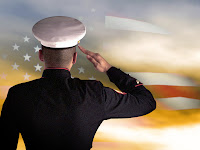 U.S. Congressman Tom McClintock (4th District of California) is spearheading an effort to name a North Tahoe peak in honor of veterans of the Tahoe Basin who have been killed in combat.
The unnamed, 7,700 foot peak sits between Mount Pluto (Northstar) and Martis Peak in North Lake Tahoe. Access to the peak is from the fiberboard highway off Brockway Summit.


McClintock has suggested the name “Gold Star Peak”, in reference to the designation given to families of veterans killed during combat operations.
The South Lake Tahoe City Council recently approved a resolution to support the name Gold Star Peak.
State and Federal agencies will have to approve the name for the peak to be officially named. If the name is approved, a plaque will be erected at Lakeview Commons to identify the peak.
Posted by Unknown at 4:30 AM