As the Grand Prix enters its 17th season, the first tour stop on the FIS World cup schedule will be Park City, Utah. Park City will host the halfpipe event December 19-22, 2012. The Tour will hold a TTR 5 Star rating for snowboarding and the highest AFP rating of Platinum for freeskiing in halfpipe. 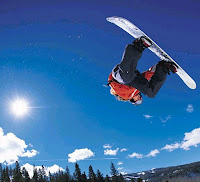 Park City Mountain Resort has received over 2 feet of snow so far this season. Their opening day will be November 17, 2012.