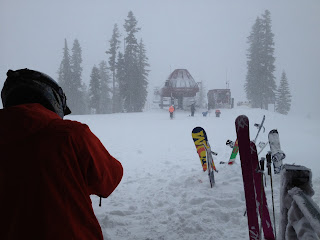 The recent string of storms that brought more than 5 feet of snow to the Lake Tahoe area, brought tragedy for some. There were a number of deep snow related accidents on the ski slopes that resulted in injury or death this past weekend.


The heavy snowfall has allowed ski resorts to offer full operations for the busy holidays. Skiers and snowboarders have delighted in the powder-filled slopes. However, everyone who uses the mountains needs to be aware of avalanche danger, even while skiing in the safety of a resort.

Before going out in the back country, check with the Sierra Avalanche Center for avalanche advisories.  On December 24, the avalanche level was “considerable”.
Posted by Unknown at 5:00 AM