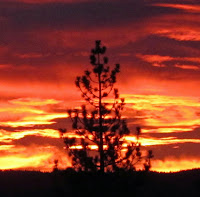 A couple from Citrus Heights went missing last Thursday while driving to Gardnerville. They decided to drive up Burnside Lake Road near the intersection of Hwy. 88 and Hwy. 89. Burnside Lake Road is a dirt road with a locked gate.  The driver, Roderick Clifton, age 44, drove around the locked gate. They continued driving about 6 miles before getting their 89 Jeep Cherokee 4X4 stuck.

They had no cell service so they spent the night in the Jeep. The following morning, November 30, Clifton decided to walk out for help, despite pleas from Paula Lane, age 46, to stay in the Jeep. A storm moved over the area on Friday, dropping several inches of snow.
Lane stayed in the Jeep and wrapped herself in a blanket. She ate snow and tomatoes as she waited. On December 3, she decided to save herself by walking/crawling towards Highway 88. Lane told KRNV reporters that she passed her boyfriend’s deceased body on the road about 1 mile from the Jeep.
On Wednesday, December 5, Lane’s brother, Gary, decided he wanted to search Burnside Lake for his sister and her boyfriend. According to Tahoe Nordic Search and Rescue, the brother “commandeered” a Caltrans front loader from a nearby sand shed and drove up Burnside Lake Road to look for the couple. He found his sister wrapped in a blanket, hypothermic and huddled in a hollowed out tree. He placed her in the bucket of the loader and drove back to Highway 88.
He took her to Sorenson’s Resort where they met with emergency personnel. Lane is recovering in the hospital from malnourishment and first degree frostbite on her toes.
The body of Roderick Clifton was found by searchers on snowmobiles about one mile from Burnside Lake. The cause of death is pending an autopsy.