The United States Golf Association (USGA) has chosen Martis Camp in Truckee to host the U.S. Junior Amateur Championship. The championship will be conducted July 20- July 27, 2013. Competitors must be under the age of 18. 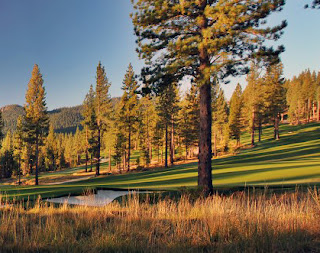 The USGA started the U.S. Junior Amateur Championship in 1948 to determine the best junior golfer in the United States. The first Junior Amateur was played at the University of Michigan Golf Course with 128 players, selected from 495 entries. In 1999 the event attracted a record 4,508 entries.


For the record, Tiger Woods won three consecutive titles from 1991 to 1993. The youngest champion was Jim Liu in 2010, who won at the age of 14. Liu was 6 months younger than Tiger when Tiger first won.
The winner receives a gold medal and custody of the U.S. Junior Amateur Championship trophy for one year.
The private Martis Camp course was designed by renowned golf course architect, Tom Fazio. The course opened in 2008 and was soon ranked third best new private course in the country by Golf Digest.
Admission to the championship is free and the public is encouraged to attend. Volunteer registration is open now. Shifts are generally 6 hours in length. Registration is available on the Martis Camp website.